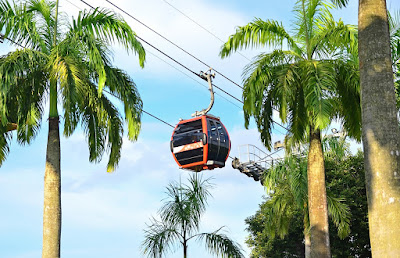 There are myriad reasons for you to visit Singapore! Although it is the smallest country in Southeast Asia, Singapore is one of the most beautiful countries in the world. The combination of dream-like, exotic landscapes, imposing ancient temples and worship sites grant the island a mysterious, almost unreal feature, immersing travellers into a deep state of relaxation, appeasement and contemplation towards the wonders of nature. As soon as you arrive in Singapore, you will be overwhelmed by the magnificent sites and ancient architectonic structures, emerging from a landscape that seems to be untouched by man. The multitude of parks, botanical gardens and the beauty of the beaches found in Singapore render the diamond-shaped island a marvellous destination for tourists from all over the world.

Contrasting with the exotic landscapes, vast parks and ancient architectonic remains, imposing sky-scrapers, wide boulevards and modern monuments suggest the advanced civilization characteristic to Singapore, defying the struggled history of the country afflicted by many political conflicts in the past. With a population of around 4.5 million people, Singapore has a pronounced syncretic character, bringing together people of different ethnical groups and various religious beliefs.

Due to the multitude of Singapore attractions, the best thing to do is to seek the help of a local guide. Singapore guides can take you to the most interesting sites and local attractions, helping you discover the beauty of the island. Considering the fact that the majority of people in Singapore are fluent English speakers, the language barrier shouldn’t be an impediment in interacting with the locals. If you decide to seek the help of a Singapore guide, you will be taken to a wide variety of ancient temples, monuments, parks, botanical gardens and even ports, sites of great importance to Singapore.

One of the most important Singapore attractions is the temple Thian Hock Keng, referred to as the Temple of Heavenly Bliss. Thian Hock Keng is an ancient Chinese worship site, initially built in tribute to Ma Po Cho, the patron goddess of sailors, also known as the Mother of the Heavenly Sages. The temple was reconstructed in the 19th century by Tan Tock Seng and Tan Kim Seng, highly respected personalities in the history of Singapore. The entrance inside the temple is guarded by the statues of two imposing lions, symbols of strength and fertility in Asian culture. At the temple gates, “door gods” provide further protection against evil spirits, purifying temple visitors from malignant energies. In front of the altar is the statue of Ma Po Cho, flanked by statues of the Protector of Life and the God of War.

Singapore is a country with a very interesting culture, built on the scaffolds of different ancient traditions and beliefs. If you decide to visit Singapore, you will be amazed by the intriguing contrast between ancient and modern, old and new, tradition and libertinism. A trip to Singapore is undoubtedly a remarkable and unforgettable experience for tourists from all over the world!