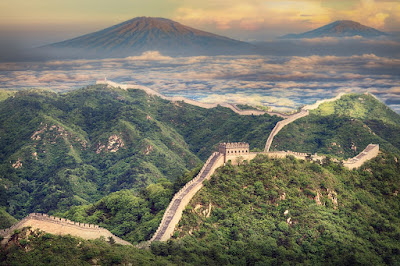 With history and culture as old as civilization itself, China is as complex as the DNA code of each of the 1.3 billion (and counting) Chinese populating the earth. Hence, we will not attempt on a crash course of the Chinese menu, but we will have a taste of its popular and most sought-after offerings.

Forbidden City
Constructed during the Ming and Qing dynasty eras, native Chinese call it Gu Gong while the tourism board and guests alike now call it the Palace Museum. It holds the record for being the largest palace complex in the world, sprawling over 74 hectares of property located at the very heart of Beijing.

A UNESCO World Cultural Heritage Site since 1987, it served both as a residence and as a seat of power to a total of 24 emperors, fourteen from the Ming dynasty and ten from the Qing dynasty. An imperial palace for a period of almost five centuries, it is composed of two divisions, namely, the Inner Court and the Outer Court. The former is located in the northern half of the compound and used as the royal residence of the emperor and his family while the latter is the southern half and served as the seat of imperial power of the ruler of China.

The Great Wall of China

The Great Wall of China is an ancient fortress with its own history of construction that spans across dynasties from the Western Zhou dynasty in 1100 BC to the Qin dynasty in 206 BC. The citadel that meanders through 6,700 kilometers of mountains and valleys, and grasslands and deserts from west to east, was refurbished and fortified by the Ming dynasty from 1368 to 1644.

A UNESCO World Heritage since 1987, it is one of the world’s greatest wonders and believed to be the only human construction on earth that is visible from outer space. A tourist who has never set foot on the Great Wall has never been to China.

Sculpted by nature’s own hands, the enchanting Stone Forest located in Lunan Yi Nationality Autonomous County is acclaimed as the First Wonder of the World. It is a group of several patches of limestone formations interspersed with scenic oasis spots covering an area of 96,000 acres.The fabled Stone Forest has a rich collection of legends and myths pertaining to its origin. However, geologists simply say that it used to be an expansive sea which dried up and the result of millions of years of erosion.