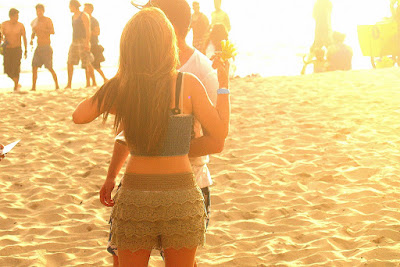 Visiting South America is an exciting prospect with it’s vibrant, passionate culture, the music, dancing and fabulous beaches. The continent has some of the worlds most exciting cities, rainforests, jungles and mountains.

Rio de Janeiro
Every day feels like a carnival in Rio de Janeiro, you are never far from the pulse of the samba. Situated between glorious beaches and lush mountains it’s a perfect place for a lively holiday.

Weather
The weather never gets cold in Rio, the rainy season is from October to January and temperatures can drop to 23C. The humid climate reaches 28C in the summer.

Transport: how to get there and around
The airport in Rio serves flights from all of Latin America, Brazil, and beyond. Long distance buses depart from Novo Rio Rodoviaria.

Getting around the city can be a little uncomfortable on the often crowded buses. For a cooler option try the air-conditioned subway which covers part of the city.

Accommodation: Luxury to budget stays
The internet can offer some of the best information on the cost, range and location of hotels in Rio de Janeiro.

Attractions & Events
*Unforgettable Costumes, dancing and body painting are paraded through the streets for the famous 5 day Carnaval. This event starts on the Friday before Ash Wednesday.

* Throughout June is the Fiestas Junina, which takes place in public squares in the city.

*Festa de NS da Gloria do Outeiro is celebrated with street parades and stalls on 15 August.

São Paulo
São Paulo is Brazils largest and most cosmopolitan city. There are many attractions for the visitor to enjoy including the art and culture, fine restaurants and pulsating nightlife.

To avoid the congested streets the subway is a great option. There is a bus service but this can be crowded and uncomfortable.

Weather
The city receives most rain during the summer months, although generally the weather is sunny and warm all year.

Accommodation: Luxury to budget stays
The internet can offer some of the best information on the cost, range and location of hotels in Sao Paulo.

Buenos Aires
Buenos Aires has an old style European feel with its boulevards, café’s and architecture. But you'll quickly find it also has a trendy chic side and a population that makes flair into an art form. And as home of the tango, the city has an irresistible allure.

Transport: how to get there and around
The city’s two airports known as Ezeiza & Aeroparque serve as an important hub for the southern region of South America. There is a bus service which connects the city with both airports.

The efficient underground called Subte makes traveling around the city easy. You can also use the bus service 24 hours a day. Most of the tourist attractions are situated close to one another so walking is also an option.

Weather
The best time to visit is during Spring and Autumn as the summer can be scorching up to 40C and the winters are cold. You will see some rain although its not generally heavy.

Accommodation: Luxury to budget stays
The internet can offer some of the best information on the cost, range and location of hotels in Buenos Aires.

Attractions & Events
*Dancing is a popular celebration, the Buenos Aires Tango festival is held during February and March.